The town of Porto Cristo on the east coast of Mallorca boasts an underground treasure, the Caves of Drach, Cuevas del Drach, one of the largest cave systems in Europe. The existence of the caves had been know since the Middle Ages but French geologist, Edouard Martel, in 1896 uncovered their full extent as well as an underground lake which now bears his name – Lake Martel – one of the largest underground lakes in the world.

The sheer scale of the caves are awe-inspiring. Made up of three chambers, Cueva Negra (Black Cave), Cueva Blanca (White Cave) and Cueva Luis Salvador, the latter named after Archduke Ludwig Salvador of Austria who funded Édouard Martel’s investigations. 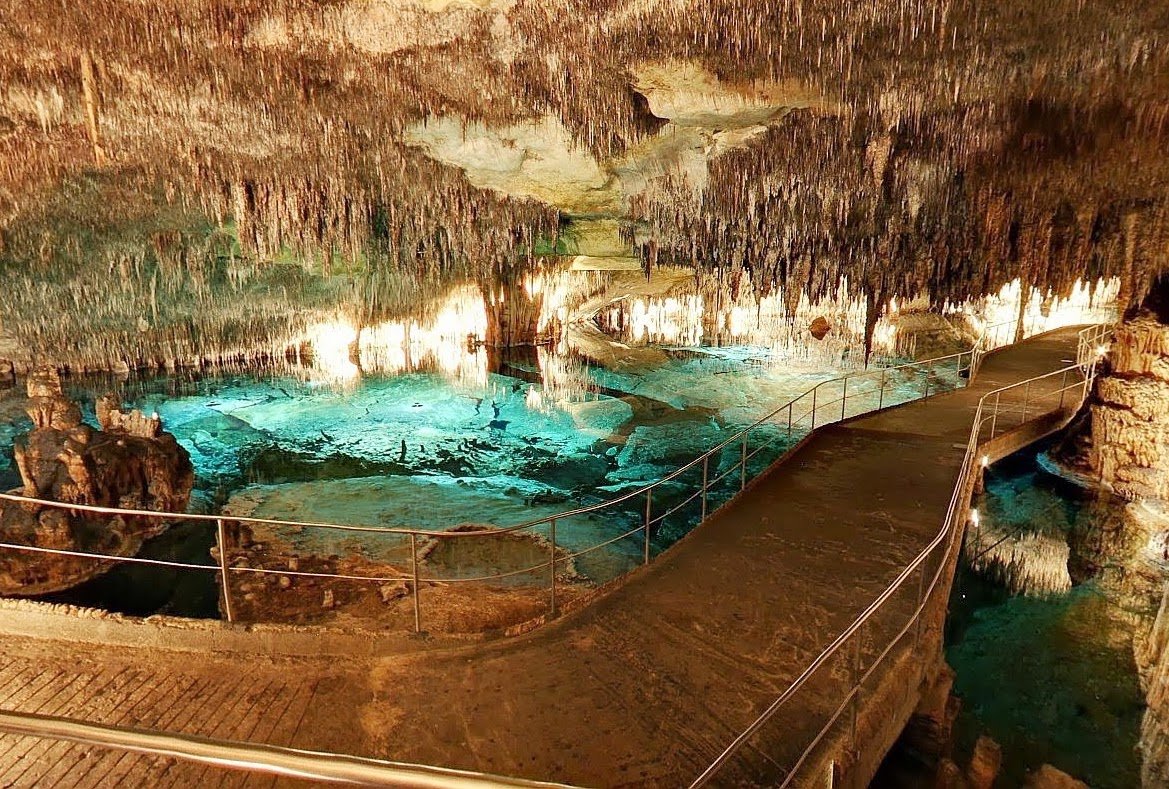 Opened to the public in 1935, the cave tour takes an hour. Wend your way around this cool underground cavern, enhanced by atmospheric lighting, you cannot fail to be impressed. The culmination of the tour is the high point. As you sit by the Lake Martel the sound of classical music drifts across the waters as orchestral boats come floating into view. After the concert, visitors are invited to board a fleet of small boats taking you across the lake to end your tour. Open all year round, the Caves of Drach offer four daily excursions during winter increasing to seven for the summer months.

After the caves make time to visit Porto Cristo with its sheltered bay and fine sandy beach. Once an old fishing village, it is now a bustling harbour with bars and restaurants.

So pull up a chair, order a drink and watch the world go by. Perfect end to a perfect day out on Mallorca.

If you are planning a holiday in Mallorca have a look at our Hotel Offers.